Saudi Aramco to Supply Full May Oil Volumes to Asia

核心提示： Saudi Arabian Oil Co. will supply full contracted volumes of crude to Asian refiners in May, according to refinery

Saudi Arabian Oil Co. will supply full contracted volumes of crude to Asian refiners in May, according to refinery officials.

Saudi Aramco, as the company is known, will provide 100 percent of cargoes sold under long-term contracts for an 18th month, according to refiners in Thailand and Japan who requested anonymity, citing confidentiality agreements with the Middle East抯 biggest producer.

Saudi Aramco抯 full export allocation follows a Dec. 11 decision by the Organization of Petroleum Exporting Countries to leave output quotas unchanged for the seventh time since 2008. OPEC exceeded its targets by 1.592 million barrels a day in March, according to a Bloomberg survey of producers, analysts and oil companies who follow the group抯 output. That was less than last month and is because of the rebellion in Libya shutting as much as two-thirds of the country抯 production.

Abu Dhabi National Oil Co., the state-run producer in the United Arab Emirates capital, plans to supply full volumes of all four of its export grades, the officials said, citing discussion with the company. 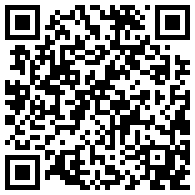