Power conversion specialist Converteam was awarded a new contract for nine Variable Speed Drives Systems with PetroChina for the emblematic West-East Gas Pipeline Project (WEPP), which is one of the biggest infrastructure projects in China. With this new contract, Converteam reinforces its presence in the Chinese Oil & Gas market.

The first part of the WEPP is a 4,000 kilometer long pipeline, which is capable of transporting 17 billion cubic meters of gas annually from Lunnan in Xinjiang to Shanghai. Natural gas transported by the pipeline is used for electricity production in the Changjiang River Delta area.

Construction of the second part of the WEPP started in February 2008. The pipeline has a total length of 9,102 kilometers, including 4,843 kilometers of the main line and eight sub-lines and will run from Khorgas in Northwestern Xinjiang to Guangzhou in Guangdong and Hong Kong. Up to Guangzhou, it will be parallel and interconnected with the first west-east pipeline. The capacity of the second pipeline will be 30 billion cubic meters of gas annually.

Converteam will provide nine Variable Speed Drive Systems to run compression trains supplied by GE Oil & Gas for the WEPP II project. Each set will mainly consist of a transformer, a 2-Pole Turbo synchronous motor ranging from 15MW to 18MW at 4800rpm driven by a PWM (Pulse Width Modulated) 3-level MV7000 high performance drive. This solution with no gearbox improves the overall drive system efficiency and reliability. In particular by removing the gearbox, Converteam also reduces the footprint of the system significantly and the need for lubricating oil, thus limiting the environmental impact.

With over 20 years’ experience and more than 100 references worldwide, Converteam is the undisputed technology leader for the supply of high-speed electrical systems for gas transportation and gas storage applications. Oil & Gas.

Director Christian Bozec commented: “PetroChina renewed its confidence in Converteam high-speed direct-drive technology as we have already successfully collaborated with their team in 2008. We provided the Xinxian station, one of the compression stations of the Shanjing II Pipeline Project, with 3 x 17.3MW Variable Speed Drive Systems.”

Converteam and PetroChina will commission the systems between August 2012 and March 2013.
打赏
分享到：
0 条相关评论 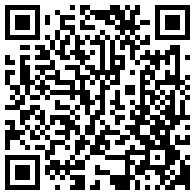