核心提示：Saudi International Petrochemical Company (Sipchem) announced that it has awarded the Engineering, design and constructi

Saudi International Petrochemical Company (Sipchem) announced that it has awarded the Engineering, design and construction (LSTK) contract for its Ethyl Acetate Plant to eTEC Engineering & Construction Company, Korea.The plant will produce Ethyl Acetate (EA) and Butyl Acetate (BA) with an annual production capacity of 100 thousand metric tons in its industrial complex in Jubail Industrial City. This plant comes as a part of Sipchem抯 growth in downstream products in full integration with current products portfolio.

Sipchem has previously announced on August 4, 2010 the signing of a licensing agreement with the French company Rhodia for the use of its technology in this project. The Ethyl Acetate plant is expected to start production during the second quarter of the year 2013. The product will be used in the inks industry, for industrial solvents and as granules used in surface coatings.

The Ethyl Acetate Plant is expected to satisfy all local needs in addition to meeting the demand of the international markets for EA and BA. The plant will be wholly owned by Sipchem. 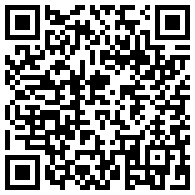