The gas turbines and generators, slated for delivery in 2012 will be installed at Wasit Gas Plant, a grass-root facility located in the eastern province of Saudi Arabia to process the gas produced from Hasbah & Arabiyah non associated gas fields. The gas turbines and generators on order will serve as the core equipment for the cogeneration facility at Wasit Gas Plant. MHI will supply the four M501F gas turbines and Mitsubishi Electric Corporation will provide the four generators. Mitsubishi Corporation will handle the trade particulars.

Previously, MHI has received orders for seven M501F gas turbines by Saudi Aramco: two units for the Berri Gas Plant, delivered in May 2005; two for the Khursaniyah Oil and Gas Facilities, delivered in August 2007; one for the Karan Gas Facilities, an order placed in June 2008; and two for the Manifa Gas Facilities, an order placed in November 2008. MHI believes SNC-Lavalin抯 high evaluation of its delivery and operational track records for these turbines, as well as of its technological expertise, led to the latest order.

Saudi Aramco is a fully-integrated global petroleum enterprise and a world leader in exploration, producing, refining, distribution, shipping, marketing oil and its refined products. The company manages proven reserves of 260 billion barrels of oil and manages the fourth-largest gas reserves in the world, 275.2 trillion cubic feet. SNC-Lavalin is a leading Canadian engineering company that handles engineering and construction in a variety of industrial fields, including food, chemicals, oil, mining, smelting and electric power.

Going forward, MHI will continue to aggressively conduct marketing activities for its high-capacity, high-performance gas turbines, which contribute to both effective utilization of energy and reduction in environmental loads. 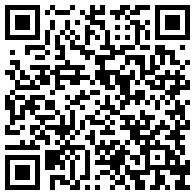