Occidental Petroleum Corporation announced it has been selected by the Government of Abu Dhabi to participate in the development of Abu Dhabi抯 Shah gas field, one of the largest gas fields in the Middle East. Under the terms of the new agreement in principle, Oxy will hold a 40-percent participating interest in a 30-year contract. The Abu Dhabi National Oil Company (ADNOC) holds the remaining 60-percent interest.

"We are honored that the Abu Dhabi government has chosen Oxy to participate in this major gas project,?said Dr. Ray R. Irani, Occidental's Chairman and Chief Executive Officer. 揚roduction at the Shah Field will be an important future resource to fill the rapidly expanding regional demand for gas.?

"This is another important step in the implementation of our growth strategy and in our relationship with the Emirate of Abu Dhabi. The development of this field under the agreement provides an exciting opportunity to create value for the people of Abu Dhabi and for our stockholders,?said Dr. Irani.

The Shah gas project involves development of high-sulfur content reservoirs within the Shah field, located onshore approximately 180 km (110 miles) southwest of the city of Abu Dhabi. The project will involve development of several gas gathering systems, construction of new gas and liquid pipelines and processing trains to process 1 billion cubic feet of high-sulfur content gas. This is anticipated to produce approximately 500 million cubic feet per day of network gas and a significant amount of condensate and natural gas liquids.

ADNOC is already in the process of developing the field with the majority of project engineering procurement and construction contracts already awarded. Production from the field is scheduled to begin in 2014.

Capital expenditures are estimated to be in the range of $10 billion for the project with Oxy抯 share proportional to its ownership.

Oxy抯 international assets account for approximately 45 percent of the company抯 worldwide production and approximately 55 percent is produced from the United States. 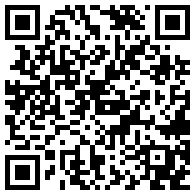