As per the agreement, KMG EP acquires the following four contracts: Temir, Teresken, Karaton-Sarkamys and the territory adjacent to Uzen and Karamandybas.

Temir and Teresken blocks are located in the Aktobe region in close proximity to the assets of Kazakhoil Aktobe LLP and Kazakhturkmunai LLP, as well as other assets, which may be of interest to KMG EP. The geographic location of the contract area has several advantages, including infrastructure and logistics.

The acquisition cost of the four contracts is USD$40 million. The transactions will be financed from KMG EP抯 own funds.

According to the Company抯 estimates, the geological resources on four blocks are around 1.5 billion barrels of oil equivalent.

Significant synergies can be achieved through the use of the existing infrastructure of Embamunaigas and Uzenmunaigas production facilities in Atyrau and Mangistau regions, which will help to optimize capital and operating costs.

It is anticipated that the acquired assets will enhance the quality of the Company抯 on-shore projects portfolio and, in case of successful exploration, will increase the Company抯 recoverable reserves in the medium term, including Uzen and Emba groups of fields.

Askar Balzhanov, CEO of KMG EP, said:
"The acquisition of these contracts is another step towards the implementation of the Company抯 strategy to grow via acquisitions and expansion of exploration. KMG EP has repeatedly stated its intention to purchase these four blocks, and now the agreement is reached. The Company will continue its search for highly promising assets, acquisition of which will serve the interests of all shareholders."

The closing of the deal is expected in the second quarter of the current year.
打赏
分享到：
0 条相关评论 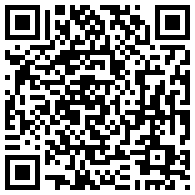