Azuray Technologies Inc., an emerging leader in solar power electronics, announced its partnership with Aten Solar Corporation to distribute the Azuray AP250 Power Optimizer throughout North America. The AP250 is a maximum power point tracking (MPPT) power optimizer that increases solar energy harvest by up to 25% for photovoltaic arrays effected by shade, mismatch and soiling.

Unlike other power optimizers on the market, the benefits of increased energy harvest can be gained by only mounting the AP250 on panels that experience shading. In addition, the AP250 increases energy harvest without the purchase of additional supporting equipment and is capable of handling voltages up to 300w.

“As a power optimizer, the AP250 is unique to the industry. It functions without the requirement of communications monitoring equipment,” said Yousri Abdou, Founder of Aten Solar. “We are so pleased to offer the AP250 to our customers. It is perfect for the retrofit market and helps keep balance of system (BOS) costs within budget.” “We are excited to be working with Aten,” said Gil Miller, VP of Business Development at Azuray Technologies. “With the AP250, Aten Solar can meet the increased demands of its customers for a power optimizer solution that reliably and efficiently increases solar energy harvest from underperforming modules.”

The AP250 is designed for high reliability using automotive-grade components to function in the high temperature environments found with PV systems. In addition, the AP250 integrates seamlessly into existing solar panel systems, is compatible with most solar inverters and with most crystalline solar modules.
打赏
分享到：
0 条相关评论 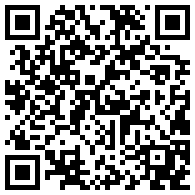